The City of Winnipeg's Jennifer Bodnarchuk, a participant in the Open Data Policy Lab's City Incubator Program, describes her work on a Diversity Dashboard to better represent diversity data.

This piece is a guest blog produced as part of the Open Data Policy Lab's City Incubator program, which helped public intrapreneurs within cities around the world develop their data innovation ideas into reality by providing dedicated support across a six-month period. . In this piece, the City of Winnipeg's Jennifer Bodnarchuk discusses some major insights from her work on a Diversity Dashboard.

Iris Bohnet and Siri Chilazi of the Women and Public Policy Program at Harvard Kennedy School wrote a white paper and corresponding summary showing “that when done right, the collection, analysis, and disclosure of diversity data indeed holds the promise of being a powerful lever for progress.” 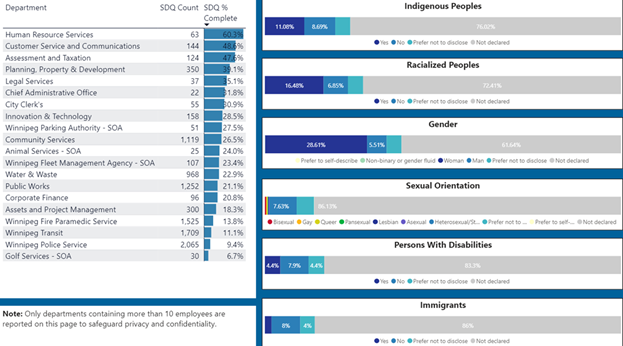 Even though the City Incubator Program has ended, Diversity Dashboard work continues at the City of Winnipeg. Now that we have collected and shared our current state diversity data, we can begin using that data to help set goals.

As Bohnet and Chilazi describe, setting diversity, equity, and inclusion goals is a multi-step process. Steps include selecting meaningful benchmarks, making sure goals are challenging and salient, and balancing both process and outcomes goals as well as individual, group-level, and organization-level goals.

This blog steps through some of the considerations relevant for decision-makers at the City of Winnipeg, and elsewhere, when setting diversity goals.

Reflective of the Community We Serve

In some ways, setting a diversity goal for the City’s workforce is straightforward. In the City of Winnipeg’s 2020 Workforce Diversity Report our stated goal was to achieve a diverse workforce representation, reflective of the community we serve, at all levels of the organization. We serve the City of Winnipeg, and with some services, the Winnipeg Census Metropolitan Area. The total demographic population numbers in these geographic areas form the highest-level benchmark and can be obtained from Statistics Canada.

This population level goal assumes one key thing: There are no differences in the ways the population can access and be hired for jobs across the city’s workforce. We know this is not true, for example, as Bohnet and Chilazi point to, there is “historically institutionalized inequality and inequity in opportunity.” Thus, we may set a goal to be reflective of the community we serve, but to be realistic, we need to consider the barriers some members of the population face when joining the workforce. These barriers are partially accounted for by Statistics Canada’s Labour Force population. This set of numbers subtracts out the members of the population who are unwilling or unable to work at a given time, for any reason.

This is not to say that the goal to be representative of the total demographic population should be discarded. Rather, that the differences in the total vs. labour force benchmarks can help to set realistic goals that focus our efforts in the right places to drive progress. 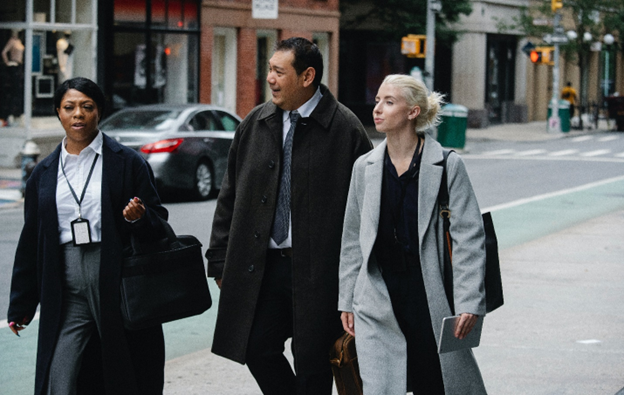 Municipal workforces are made up of workers in many different industries so it also makes sense to understand better how those industries may have barriers of their own. As one example of many, as a woman in technology, I know that women tend to be less well represented in the technology industry compared to the overall workforce. The Government of Canada provides data and detailed instructions to conduct workforce analyses by industry jobs for designated equity groups. By using the government’s standard National Occupational Classification (NOC) codes and the workforce population data available at open.canada.ca, it’s possible to do detailed comparisons.

Within the dashboard, a user can compare the workforce equity statistics, of say, the City of Winnipeg’s Innovation & Technology Department to those of other technology industry workers within the Winnipeg region. With a few clicks, that same dashboard user can be comparing the workforce equity statistics of the City of Winnipeg’s Fire Paramedic Service to those of other fire and paramedic workers in cities across Canada.

This work complements expertise that exists within the City of Winnipeg. In fact, deciding which benchmark makes most sense when setting a goal is not contained in the Diversity Dashboard. Rather, this decision requires understanding the industries that make up a given department’s workforce. The dashboard provides a common mechanism by which the departments can set and measure diversity goals but does not prescribe any goal. That is up to the decision-makers.

The Importance of Time

As important as choosing a numeric target is the aspect of time, both for the timeframe in which the goal is to be achieved, and tracking progress over time toward the goal. Bohnet and Chilazi argue “monitoring progress has consistently been shown to motivate people toward goal attainment” and this is one of the keys to creating change for equity, diversity, and inclusion.

The benefit for each department to understanding its own progress over time is that it helps set realistic goals. Change does not happen overnight, but it does happen. If we can measure and recognize small changes and small wins, we can build on them for the future.

Equity, diversity, and inclusion goals are meant to recognize and celebrate fairness and justice, access to opportunities, and a sense of belonging. While we can set goals for each equity group, the equity groups are not independent. They are intersectional, meaning that individual people can be members of more than one equity group, and this must be considered when measuring progress against the goals. 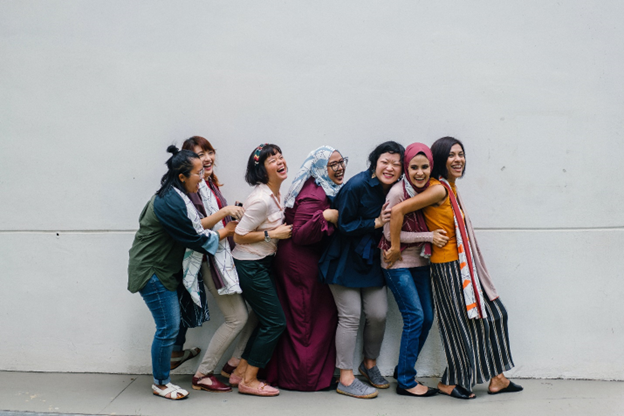 Figure 3 Women falling in line holding each other, by mentatdgt

At the City of Winnipeg, based on the goals set for the individual equity groups, the power of data and math can calculate all the intersectional goals so that full equitable representation of all intersectionalities can be measured and truly diverse goals can be attained.

I am so proud and fortunate to be an employee of the City of Winnipeg where we are striving to be leaders in equity, diversity, inclusion, and anti-racism. This is not an easy topic to discuss, but my hope is that by doing this right, in applying numbers to a difficult topic, that we can dig deeper into the conversations we need to have about how to make the necessary changes to reach our diversity goals. I hope this blog has educated and inspired you to collect, analyze, and disclose diversity data as a powerful lever for progress.

Back to the Blog